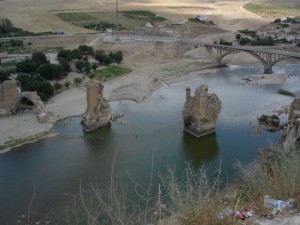 Firm Foundation Trust has grown out of the activities of Roger Malstead in Turkey, who from 1988 until 2010 directed what is now Firm Foundation Trust (FFT). It is a registered charity which is authorised and regulated by the Charity Commission of the United Kingdom Government. The administration of the Trust is carried out by a group of dedicated and experienced Trustees, some of whom have lived in Turkey.

Roger’s activities began in 1961 when he acted on a challenge he received in 1959 to go to Turkey – issued by George Verwer the founder of Operation Mobilisation. Roger spent four years in Istanbul teaching English, orienting to Turkish culture, and learning the language. He also became involved in evangelism based on Bible study correspondence courses. He was married to Yvonne in Istanbul. Turkey has been the continuing burden of both their hearts, though hostility to their work of evangelism prevented them from residing in the country during the 1970s and 1980s.

During his time in the UK, Roger felt called to focus on publishing Christian books in Turkish and as a result Firm Foundation Trust was born. The vision, from then till now, is to help Turkish church leaders and Christians be well equipped with Biblical resources and thereby grow strong in their faith.